It is very important to make sure that the person you are with is happy with the sexual activity you are doing.  It doesn’t have to be sexual intercourse: touching someone and kissing them if they don’t like it, is also against the law.

Forcing someone or manipulating them to have sex with you is also against the law, and anyway, sex isn’t fun unless you are both into it.  Saying things like “you’d do it if you loved me” or “you’ve got me hard, we can’t stop now” is not okay – if someone doesn’t want to have sex you should not try to change their mind.

Sometimes people show they don’t want to have sex, or they want to stop, without actually saying “no” or “stop”.  If someone does the following, you should stop trying to have sex with them:

If you are not sure if someone is giving their consent, you can ask them questions, like:

The best way to know if someone is giving consent to sexual activity is to ask!  Most people will appreciate that you respect them enough to ask!

No one can have sex with, touch sexually or perform sexual acts in front of anyone under 12 years old.

A person aged 12- 15 years old can only have sex with, be touched sexually or have a sexual act performed in front of them, by someone aged within 2 years of them (but not below 12) and only if both people agree to the sexual acts.

A person aged 16 or 17 years old can have sex with, be touched sexually or have a sexual act performed in front of them, by someone no more than 2 years younger than them, or anyone older than them, so long as that person is not in a caring or supervising role (teacher, youth worker, foster carer) and only if both people agree.

You cannot have sex with someone, touch them sexually or perform a sexual act in front of them unless they agree to it.  A person cannot legally agree to these things if they are asleep, unconscious or affected by alcohol or drugs (even if they say yes when they are drunk).

It is illegal to send sexual pictures of adults unless the person in the photo has said it is okay. 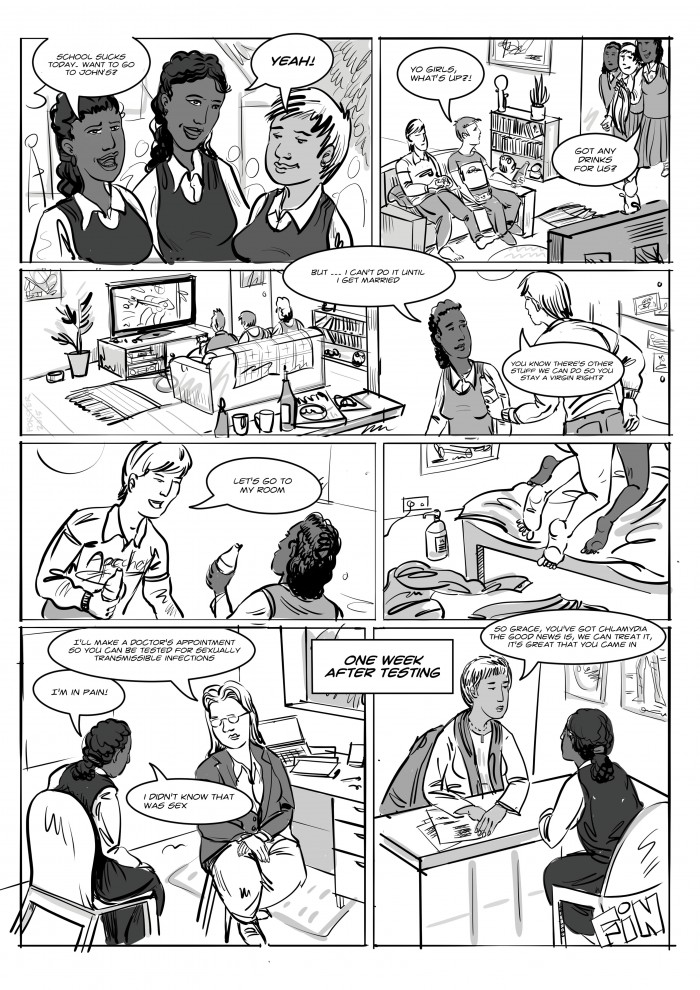 Sally and Solomon meet at a club, things get physical but Solomon takes it too far.